On Monday, city staff began installing a one-kilometer long, Hesco barricade behind Rivers Trail in anticipation of a one in 20-year flood, which is expected to cause river levels to rise over the banks and into the green space. This marks the first time barriers have been used in the park since 2012. 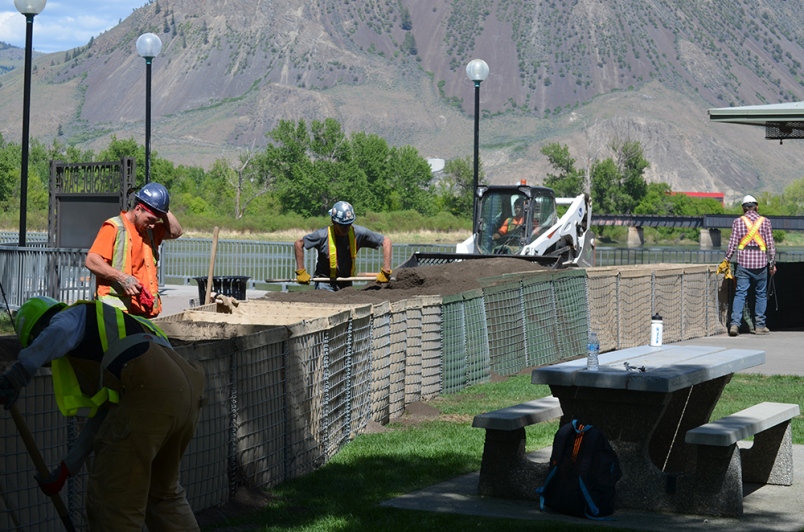 “If we didn’t put any protections in the park this year, our projections show water getting as far as Heritage House. The sewer lift station, the pickleball courts, the entire park would be under water.”

This year, the barricade will span 900 meters behind Rivers Trail, from Uji Garden to just past the washrooms at the east end of the park. City of Kamloops utility services manager Greg Wightman tells KTW that the key to flood protection is deploying resources to protect critical infrastructure. Though park users may not realize when strolling along Rivers Trail, sewer infrastructure is hidden beneath the green space, with the odd manhole bearing signs of underground pipe. Wightman says gravity-fed sewer mains lead to a pump station behind the tennis and pickleball courts.

Read the story in full